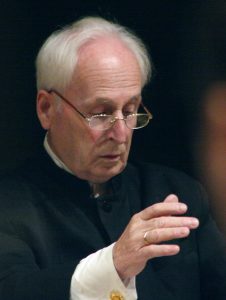 In  1976  he founded  chamber  ensemble  “Camerata Tbilissi”  which  he  headed until 1985. Together with this ensemble he has given about  300  concerts both  in Georgia  and in  the major halls of cultural

centers of the former USSR.

Switzerland and in Great Britain.

In 1999-2002  he was invited as a resident conductor to the Cairo Art Academy Symphony Orchestra. This orchestra under Sh. Shilakadze’s  baton gave concerts in Cairo and Alexandria, five concerts in Spain,